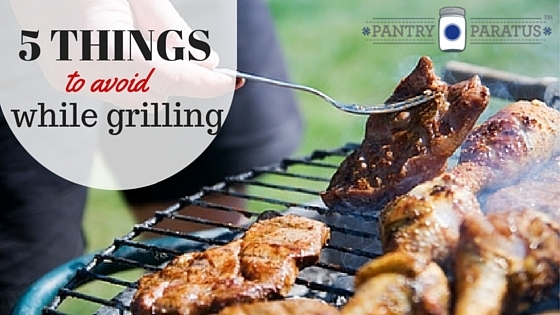 Summers are just around the corner and ‘dads’ are readying their backyards for another season of extensive ‘grill parties’. The grass has been cut, the plants have been watered, the grill has been dusted off, and the guests have been invited. What remains to do is set the table in the backyard and begin grilling!

But before that, we would like to drive your attention to a few mistakes that even the most expert and experienced of grillers tend to make when they are behind the burners.

Look out for these party spoilers:

#1: You Forgot to Clean the Grill Grates 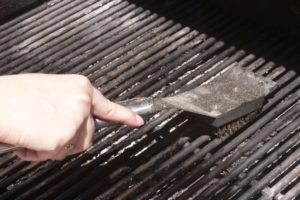 Get a grill brush and elbow grease and scrape off any hardened gunk from last grilling when the burner has been preheated.

Lighter fluids send the flames blazing out of the grill grates and many people are of the perception that it is exactly how grilling needs to be done. However, in reality, after erupting in a cloud of crackling fire, the flames subside and die. In attempt to keep the fire running, you squirt on more light fluid and eventually everything seems under control. But then, you take your first bite of a gasoline scented chunk of chicken and realize your folly.

Go low and slow, gets a nice flame building on your charcoals using a piece of crumpled newspaper, and let them turn fully grey before starting grilling.

#3: You’re Impatient with the Meat

Forgione (Iron Chef & Restaurateur) stresses, “When you place the steak on a hot grill or pan, leave it alone until you begin to see a crust forming on the side of the steak that’s in contact with the grill grates. Around 3 to 4 minutes.” Have patience.

The constant poking to check if it’s cooked will not provoke the meat into getting done any faster. Pressurizing the meat and poking it with a spatula or pair of tongs is just as bad as drilling holes in it with a fork and losing all its juices.

#4: You’re Grilling Too Many Things At Once

It’s understandable that grill parties can be an ordeal to manage when you are catering to different choices of all your guests. But it’s highly unwise to put everything on the grill, chicken, sausages, burgers, corn on cobs, all at once. 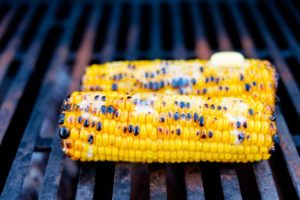 The burgers will overcook, the chicken will remain undercooked, everything’s taste will be cross-contaminated, and nothing taste as good as it should. Stick to grilling one type of food whether falafel or anything else at one time and focus on cooking it to perfection rather than putting everything on the grill and landing in a total mess.

Painting layers upon layers of barbecue sauce in an attempt to make it soak and settle in the chicken profusely is a failed try. The barbecue sauce is going to burn and turn acrid way before the chicken is done. Your guests will have to scrape of layers of soot formed by barbecue sauce before getting to the chicken. Barbecue does very little penetrating, so the right way to go about it is adding it towards the end of your cooking. That way, you will get plenty of flavor and no layer of burnt sauce. Wait until the final 5 to 10 minutes of cooking to paint it onto your meat with a brush. 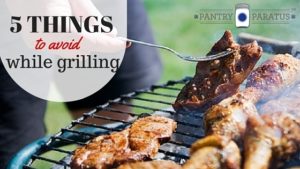 Rachel Stinson lives in Dubai, and when she’s not grilling out and listening to music with friends, she is avidly reading, writing great articles like this one!