China and the US Food Supply

The unfortunate side of online retailing is that I miss out on many wonderful opportunities to learn from our customers because transactions typically run smoothly from the comfort of their own home with zero need for assistance from me.  This week, I was on the phone with a customer who was explaining why she was willing to wait for a backordered model of Chop Rite food grinders.  She said, in her broken English, “It is made in America.  It is worth the wait.”  When I wholeheartedly agreed she said, “You do not understand.  I am Chinese.  My people are dying because of chemicals and pollution.  They have no choice, it is in everything they eat.  They have a saying, ‘die now or die later’ because the only choice is to starve or slowly poison yourself.”  She said that although she loves her country and her people, she will not buy products made in China.

I wish I were making it up, but that is the conversation I had this week. 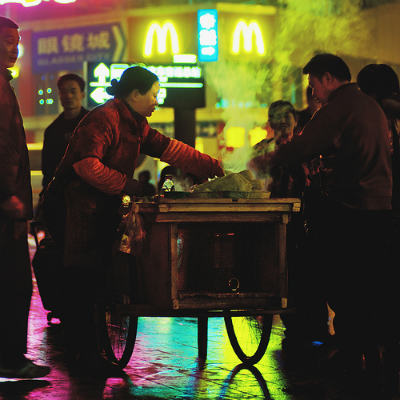 Just two days later I read an article about how Smithfield might sell out to a Chinese company.  This is where I turn into a cheerleader for your local farmer, or for you to enter a deal with the homesteader down the road to raise an extra pig for you: Smithfield has long abandoned the ethical, wholesome practices of real farming. 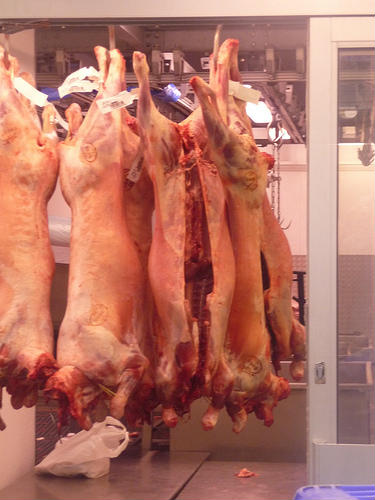 But selling it to China?  Is this a case of prejudice on my behalf, or is there validity to the concern that food produced, processed, or packaged in China (or by a Chinese-owned company in America) will really be more dangerous?  After all, another very-recent news story of botulism-laced milk in China was actually imported milk from New Zealand.  And we all remember the 2008 Chinese milk crisis that left 6 people dead and many sick (remember?  It was right around the Olympics).  That crisis led to extremely harsh government sentencing for those responsible and led to a reform-of-sorts for food safety in China.  Did they learn from their mistakes?

I once wrote a piece about L-Cysteine.  It was disgusting (although I tried to put a perky face on it, I promise).  Writing that piece was when I discovered that this amino acid was once most-commonly manufactured by a chemical process applied to the hair sold from the floor of Chinese barbershops; but that practice has been largely (not completely) replaced in the U.S.   If you read my linked article above, you see that I wisely left out the country of origin.  I had more discretion back then. 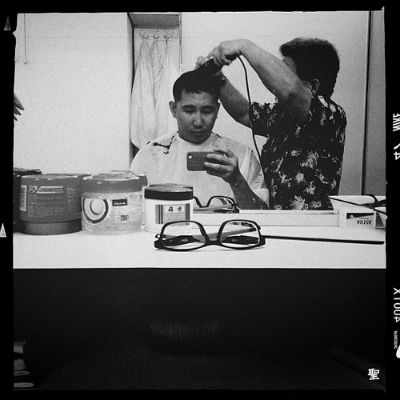 Should we be asking, “Is Food From China Safe?”

From Chinese Farm to American Fork (Or Fido’s Food Bowl)

Back in 2007, Dr. Lumpkin said in a congressional testimony  (if problems with link, try this one) that “China is now a major supplier to the U.S. of seafood, canned vegetables, fruit juices, honey, and numerous other varieties of processed foods.” Of course, you remember the big discovery in 2011 when it was realized that 1/3 (or more) of honey purchased from the store shelf in the U.S. was actually smuggled in from China (and might not even be real honey)! We were all more motivated to find our local farmer then.

In 2010, China borrowed gobs of money for a food safety overhaul, as their knee-jerk reaction to keep a pesticide-laced bean scandal hush-hush (which were mainly imported by Japan).

In January 2013, the FDA came out with the official report that the purchased pet-treat jerky that made Fido and Fluffy sick was contaminated meat from China.  The report mentions things like falsified documents from the manufacturer; hmmm, the FDA speaks to conspiracy?  Methinks they know more about conspiracy than I do, so I will take their word for it. 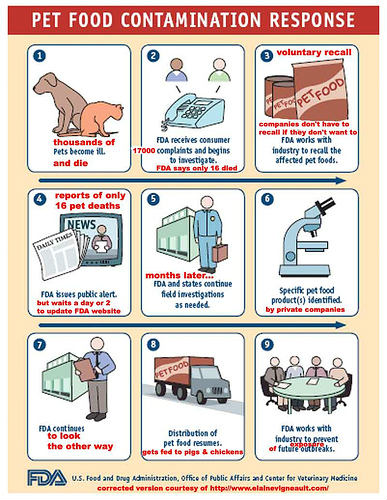 If you did not pull up Dr. Lumpkin’s speech to Congress referenced above, note that he mentioned both problems with the honey and the pet food coming out of China.  In 2007, before they were known to the public.  It does not appear that the problems were fixed before the honey hit the fan, so to speak.  He also mentioned a lot of other concerns, like seafood and medicines.

Ni-ni-ni-ni.  That might be how your dinner  sounded before landing on your table.  Your chicken dinner just might be a Chinese import.  And it will not be labeled as an import, since it has already been processed.  Someone explain that rule to me, please.   Apparently, 2010 was a banner year for a food safety turnaround in China, at least in regards to the United States’ very recent approval to the importation of Chinese Chicken.

Since we’re discussing a turnaround, in 2012 China caught and destroyed food products that did not meet their improving standards before those products hit shelves.

<*So if all this talk about Chinese Chicken has your head swirling to place the song you never could quite memorize, it’s probably this one.  >

Should we be asking: “Did China fix the problem?”

“To Kill A Chicken In Front of a Monkey”

There is an old saying in Chinese that refers to making an example out of someone for the sake of creating a fear-induced compliance.  Could that be what I am doing to you, by pointing to China’s past food failures here? Perhaps we are playing the part of the monkey?  Perhaps I am scaring you away from all foods coming from China by citing a few anecdotal examples.

Studies just concluded this week that the highest contamination in spices come from India and Mexico.   Yet one more food safety article from this week: 400 people in 2 states were sickened from a salad mix that was imported from Mexico.  It appears we have much more work to do with all imports… Should we single China out? We also have the mathematical reality of ratios: what is the likelihood that someone would get sick from the import, especially in comparison to  the likelihood they will get sick from American food?

Should we be asking: “What are the percentages of illness from Chinese foods vs. American foods?”

Is the American Food System Any Better?

Prepackaged Foods in Any Language 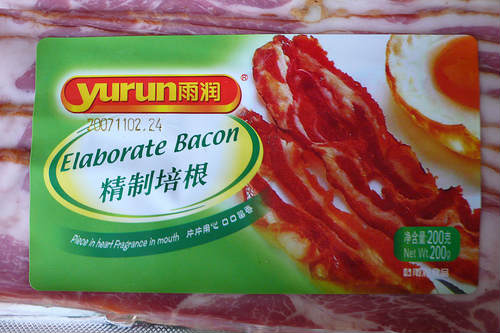 Let us face facts: much of what we can purchase on our own American shelves now is stamped with USDA approval and is a manufactured Petri dish of diabetes, cancer, and heart disease.  Only 1% of all imports are tested and much of what you are eating must just be taken on faith to be safe.  Perhaps it is a case of prejudice when our own system is lacking in safety—when things like spinach and peanut butter kill, disable, or sicken people in our own country.

There are several places you can keep up with the headlines from our own outbreaks here in America, like FoodSafetyNews.com or  the FDA.     Another headline from this week: we just had our very own doggy-treat salmonella outbreak in New Hampshire. This one was home-grown. The list goes on.  Some things get sensationalized, some don’t.  Some things are rare and unlikely to affect you or your family, but make for a scary headline.

Maybe we should be asking, “Do I want to live in fear?”

There isn’t one.   I could ping-pong newsflashes from both broken food systems incessantly with no real conclusion.  We must refine the question we are really asking.  I do not believe that demonizing one food system over another will solve this problem.  Maybe we should be asking this question, ultimately:  “Where did this food come from, how was it bred, raised, and processed?”

Perhaps that we will find the answer in the question.

For those who like to find their own answers, ask this one:

If you liked the blog above, watch something Chaya put together not long ago:

What if local food could change your world? from Pantry Paratus