Assuming that anyone reading this blog has heard the admonition to eat healthier at least once in their lifetime, it can probably be assumed as well that you should cut out “processed foods.”  How can you tell if something is a processed food or not?  Being able to know that difference is significant when you consider that three of the four bites of food sold is “processed” according to the above USDA quote.

Furthermore, the studies are in to show that the industrialized societies who choose to industrialize their food supply as well, have industrial sized health problems to go along with the data trends.

[As] people in developing countries become better off, they acquire more stable resources and change the way the eat.  They inevitably replace the grains and beans in their diets with the foods obtained from animal sources.  They buy more meat, more sweet foods and more processed foods; they eat more meals prepared by others.  Soon they eat more food in general.  They start gaining weight, become overweight, and then develop heart disease, diabetes, and other chronic diseases so common in industrialized societies.  Here we have the great irony of modern nutrition: at a time when hundreds of millions of people do not have enough to eat, hundreds of millions more are eating too much and are overweight or obese.  Today, except in the very poorest countries, more people are overweight than underweight.  (Nestle, 2005)

Some working definitions for processed foods cover anything done to the food that would change its state as found in nature.  Hmmmmm, so a trout that was swimming in the stream that is currently in my hand (i.e. no longer swimming) might be called “processed?”  Answer: no, not really.    “Most every food eaten by humans is processed, altered from its form found in nature. Processing includes chopping, slicing, salting, seasoning, mashing, grinding, shelling, separating, mixing, peeling, bleaching, drying, Pasteurizing, fermenting, filleting, gutting, butchering, baking, cooking… you get the idea.” (Colon, 2010).   Public service announcement: conspicuous by its absence from the above list—irradiation.

The best way that I have found to triangulate on what constitutes “processed food” is asking the question, “Where did you get it?”  If the answer is, “from the tree/plant/bush that produced it,” or “I hunted/raised-then-butchered it,” or “from a farm stand,” then chances are it is not processed, and you can pronounce everything on the ingredients label.  If you answered, “from the grocery store” then the answer becomes more nuanced.

The last decade has witnessed an unprecedented growth in supermarkets among developing countries, particularly in Asia and Latin America where rising income levels have increased consumer demand for many higher valued processed food products. The trend has led to increasing centralization of distribution networks and also closer geographical integration (Regmi & Gehlhar, 2005).

We follow Summer Tomato on twitter, and I think that she has the right take on proper sustenance.  Furthermore, I like on her posts because she is an actual food scientist.  Whether it is the low-carb diet plans, Paleo diet plans or real food practices will all generally advise you to shop for your food  on the perimeter of the grocery store, because it is different than the items that you find on the inside.  If it comes in a box, can or bag it is going to be processed unless we are talking about something like brown rice (which may still be subject to irradiation).  The fresh produce section would be “unprocessed” foods, but may still contain waxes or “bud nip” (Chlorpropham).

Fresh cuts of meat, also unprocessed, have a high chance of being CAFO products or fortified with pink slime.  Dairy in the form of milk is most-definitely processed assuming that it is pasteurized, ditto for cheese.  The exception to the perimeter rule would be the bakery section—not all bread is baked equal.  We will cover this in part two in the next blog. 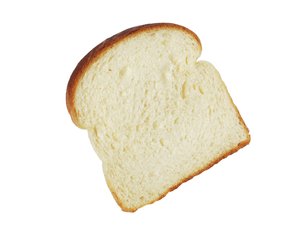 It becomes hard to eat healthy and to un-tether from processed foods.  Luckily, the USDA came up with a further distinction to bring clarity here for us; the term is called, “land-based.”  If that is new to you, this link may (or may not) be helpful.

Living things depend on formerly living things to survive, just as forests are built on decaying forests.  Food is raw energy that every living thing needs to ingest and metabolize in order to live.  As it turns out the best way to train your consumer eye to spot processed foods is to study the genuine article.  The man who is arguably the most famous for attempting to classify the reasons why some people are healthy and some are not based on demographics and geography (branch of medicine called epidemiology) was a dentist from Cleveland, Ohio named Dr. Weston A. Price.  Dr. Price took sabbatical to travel to the remote corners of the world looking for correlating factors (some say that epidemiology cannot prove causation) for healthy people.  All results pointed back to the fuel that the people took into their bodies via their “traditional diets.”  Here are eleven succinct correlations between healthy people (and teeth—he was a dentist after all) and the unprocessed foods that they ate:

2. All traditional cultures consume some sort of animal food, such as fish and shellfish; land and water fowl; land and sea mammals; eggs; milk and milk products; reptiles; and insects. The whole animal is consumed­–muscle meat, organs, bones and fat, with the organ meats and fats preferred.

3. The diets of healthy, nonindustrialized peoples contain at least four times the minerals and water-soluble vitamins, and TEN times the fat-soluble vitamins found in animal fats (vitamin A, vitamin D and vitamin K2–Price’s “Activator X”) as the average American diet.

4. All traditional cultures cooked some of their food but all consumed a portion of their animal foods raw.

9. All traditional diets contain some salt.

10. All traditional cultures make use of animal bones, usually in the form of gelatin-rich bone broths.

11. Traditional cultures make provisions for the health of future generations by providing special nutrient-rich animal foods for parents-to-be, pregnant women and growing children; by proper spacing of children; and by teaching the principles of right diet to the young. 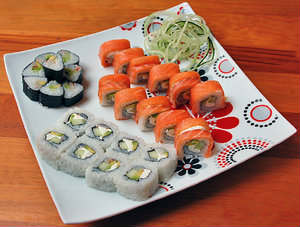 It seems that some of the points above defy outmoded diet trends: low fat diets, eggs/red meat/salt will kill you, etc.  Moreover, bacteria (point #5 above) is necessary to healthy bodies.  It is a shame that you lose that to irradiation.

USDA Supermarket Chart broken down by country taken from http://www.ers.usda.gov