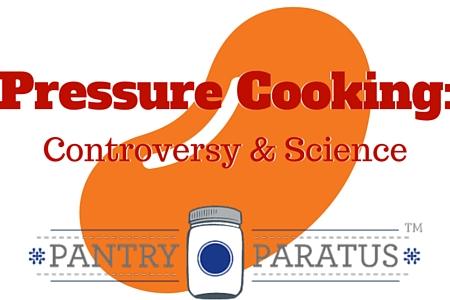 (originally published on Pantry Paratus in 2012, this piece has circulated quite a few times! We’ve made some updates…enjoy!)

Well both, neither, all of the above, and none.  I’ll give you the highlights of what I have found, express my personal conclusion with you, and then allow you to draw your own.

The Science of the Pressure Cooker

This, in general terms, is different than your pressure canner.  However, some pressure canners are made to serve as pressure cookers too, such as the All American.  The science behind the operation is the same.  The pressure changes the boiling point of the water and traps the steam, allowing the water to get to a much hotter temperature and the food cooks more rapidly.

Denis Papin invented the pressure cooker, then known as a “steam digester” (ew, gross), with the intention that it would draw fat out of bones, and then leave the bones brittle enough that they could easily be ground into bone meal.  The Pressure Cooker was indeed an invention mothered by necessity. 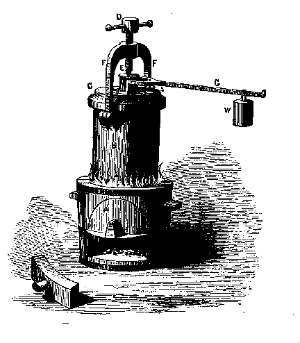 Extremely popular in Indian, French, and Vegetarian cuisines, pressure cooking has made a comeback in the United States, since many people are growing leery of the microwave.  With a history dating back to the 17th century, the proven science, methodology, and equipment have had ample time to improve. 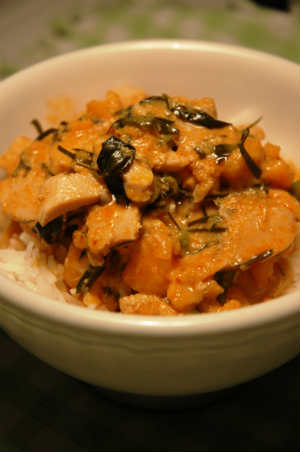 Those who advocate the use of pressure cookers say that it can be a real energy saver (Sizer, Webb & Whitney, 2006).  Although cooking time must take variations for food type and thickness into account, the process of pressure cooking can cut cook-time down by 2/3rds.  To put this into perspective, vegetables can be cooked in 6-8 minutes, and a whole chicken can be done in as little as 20 minutes!

Because the steam is captured by the pressure cooker, far less water is required.  This, for some, is a plus in terms of conservation.  It is said that because there is less water and the water used is recycled during the cooking process, the vitamins and minerals do not leach out nor are they poured down the drain when the dish is served. 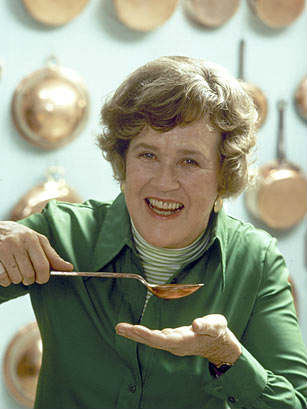 Pressure Cooker. Will mention pressure cooker, particularly for stews and soups. I think it is fine for some things, but food should be finished off in open pot or in oven, for release of  ‘pressure gas’ taste, and also for reduction of sauce.  My sister says she will use any time saver available, but will also do anything to give taste to her food.  I think one has to be very careful using potatoes in a pressure cooker, as they get the most awful taste if cooked too long.

–Julia Child in a letter as a response to a letter about how sacrifices to food quality are made in a busy household (Reardon, 2010).

So there you have it—Julia Child had something to say about it.  Nowhere else have I seen a single mention of an altered flavor; but then again, Julia was gifted with food like none other.  Some advocates get quite flowery in language about the flavor of legumes and grains burst forth, bringing new life to the food and a flavor like no other method.  It’s the stuff of poetry.

Meat, especially the less desirable cuts, will become tender as the pressure breaks down the connective tissue.  This is undeniable.  So here is the yet one more contradiction in information out there: “Avoid pressure cooking most meats. The high temperature does tenderize tough connective tissue, but also squeezes out the meat’s moisture and leaves it dry and stringy” (McGee, 2010).  My take? Don’t use this cooking method for your celebratory steak night.  But the clearance stew meat or that old spent hen—go for it!   I would personally disagree about the “dry and stringy”—the moisture in that pot permeates the food.  If anyone would take issue with my personal opinion, let me know in the comments.  My preference is to pack jars with the meat and pressure can it; you get the same tenderizing benefits, but now you have a quick meal on-the-go.

Beans are the poster-food for the pressure cooker.  We all know the forethought it takes to soak the beans overnight, put the pot on in the morning, and then babysit it throughout the day.  Pressure cooking transformed a labor intensive food into a flavorful, low-cost, low-energy, convenience meal! Pressure cooking beans also makes them easier to digest and releases the gas-inducing quality from them, although you should still (if possible) presoak them prior to pressure cooking, which in effect will do similar work. 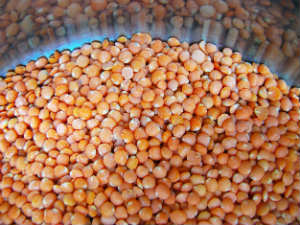 When it comes to vegetables (especially ones that seem to be volatile in any water-based cooking method such as cauliflower), multiple literary sources say the antioxidant numbers decrease in veggies during pressure cooking (Wooten, 2010). For every source that said antioxidant levels were reduced with pressure cooking, there was a source that said fewer nutrients dissipated than during other common cooking methods, due to the limited time for heat exposure. Another note to make in the plus-column is the fact that there is very little water; this reduces leaching (McDonough, 2009).  Nutrients lost during heat exposure are lost during other heated methods as well.  The ideal would be to eat your veggies raw.  Barring that, pressure canning does not seem to reduce the nutritional merit of the food any more than any other method, as a general rule (and perhaps with the exception of antioxidants).  Ironically, I found no less than 5 cancer recovery books that recommended pressure cooking grains and legumes, and none that spoke against it as an antioxidant reducer.

Yes, it was extremely dangerous.  Back in the day.  This is not to say you can be careless or forgetful, but with the right equipment and by following proper procedure there is no modern concern.

I recommend pressure cooking in the following situations:

*High Altitudes—It will preserve nutrients by drastically reducing the cook-time in places with an increased boiling point.  There is absolutely no way you can cook dried legumes in Denver without pressure cooking.

*Brown Rices, Grains, and Legumes—These foods can be enhanced by pressure cooking, bringing out the full flavor, tenderness, and nutritional content.  Pressure cooking will minimize poor digestion and the energy costs of long processing times.

*When Energy Saving is a Serious Concern—Perhaps you live “off-grid” (alternative to city electricity), or this is an area of strong conviction for you.

*Convenience—This is a much safer (and time-tested) method than the microwave! Should convenience be a deciding factor?  It might be for many busy families—choose pressure cooking over fast food, please!

*Soups & Stews—Although veggies are more volatile nutritionally, this is still an excellent method for soups and stews because it will have the flavor of simmering all day in a dutch oven, but in a tiny fraction of the time!

When I do not recommend pressure cooking:

*Old pressure cookers—if it was grandma’s, upgrade.  They used to be unsafe but have come a long way!

*Aluminum—maybe it wasn’t grandma’s, but what is the metal? They still make and sell aluminum pressure cookers; please go with a stainless steel model for your own safety.

*Vegetables—due to nutrient fragility.  Make a good dip and eat raw or consider steaming.  That is far more nutrient dense.  Also, they are too easy to overcook.

*Final Note:  Pantry Paratus does not sell pressure cookers because they are nearly all made in China or are of metals that are not healthy when leeched into your food.  We do sell the All American pressure canner and cooker.  You can use this as a pressure cooker, but we do not.  It is made of aluminum and we do not want our food cooked directly in an aluminum pot.

McGee, H. (2010). Keys to good cooking: A guide to making the best foods and recipes. Penguin.