When Giving Thanks Starts with 5 Kernels of Corn 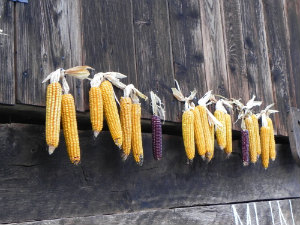 Turkey has always been in fashion for Thanksgiving.  Along with that, add in the traditional Pilgrim buckles and Native American feather head dressings and you have a uniquely American holiday steeped in lots of tradition and even some folklore.

Digging a bit deeper into the first Thanksgiving story, four years before the Pilgrim’s landed at Plymouth Rock there was a large tribe of Native Americans there called the Patuxets.  All the members of this tribe, every man, woman and child, died of a mysterious plague.    Neighboring tribes had refused to come to the grounds because they were thought to be cursed.  The Divine Providence of the Pilgrims even getting to the New World is an entire story within itself, but the Pilgrims happened to land at the one part of land that was uninhabited because the previous residents had been wiped out.  I have personally lived through many New England winters along the coast, and they are predictably brutal.  This makes the resolve of the Pilgrims all the more remarkable to establish their colony within the context of religious freedom in the New World.  Of all of the times to arrive, it was in the unenviable month of December, 1620.

By the time March arrived the Pilgrims had lost forty-seven of their original number.  They had been living primarily off of the finite amount of stored food from the ship’s galley, had depleted their supply of lemon juice, and had a building (that housed the sick) catch on fire. 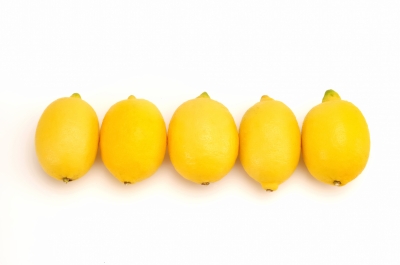 Moreover they did not know anything of the agriculture of America and only had English wheat and barley to attempt to cultivate come spring.  The body can only endure so much exposure to wet, cold, and lack of vitamin C for so long and it was looking like things could not get much worse.  At about this time a Native American man approached the settlement and greeted them in English.  The man’s name was Samoset and he was driven by wanderlust to come and greet the newly arrived settlers.  He was from a tribe further north.  He had learned to speak English from various fishing crews who had put in to shore near his village on the coast of Maine.  Samoset would leave and return with another Native American man named Squanto (real name was Tisquantum), “and he was to be, according to Bradford, ‘a special instrument sent of God for their good, beyond their expectation’” (Marshall & Manuel, 1977). 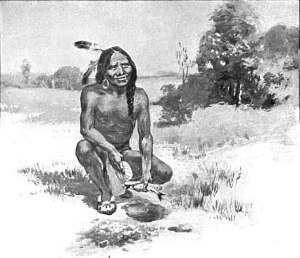 Among many other noteworthy mentions about Squanto was the fact that he was a member of the decimated Patuxet tribe.  God had seen Squanto through a number of remarkable circumstances to prepare him to be the one person who could help the Pilgrims evade death and starvation.

His story really begins in 1605, when Squanto and four other [Native Americans] were taken captive. . . . Squanto spent the next nine years in England, where he met Captain John Smith, recently of Virginia who promised to take him back to his people on Cape Cod, as soon as he himself could get a command bound for there . . . On Smith’s 1614 voyage of mapping and exploring, Squanto was returned to the Patuxets, at the place Smith named New Plymouth.  Sailing with Smith’s expedition on another ship was Captain Thomas Hunt, whom Smith ordered to stay behind . . . as soon as Smith departed, he slipped back down the coast to Plymouth, where he lured twenty Patuxets aboard, including Squanto, apparently to barter, and promptly clapped them in irons. . . . All of these he took to Malaga, a notorious slave-trading port on the coast of Spain. . . . Most of them were shipped off to North Africa, but a few were bought and rescued by local friars, who introduced them to the Christian faith.  Thus did God begin Squanto’s preparation for the role he would play in Plymouth (Marshall & Manuel, 1977).

Squanto did eventually make his way back to Plymouth, however when he landed (approximately six months before the Pilgrims landed) he found that his native land was devoid of his people who had been previously wiped out by a plague.  It was not until March when he met these poor, wretched, starving settlers that he knew why God had taken him on that long circuitous route back to his homeland.  Squanto first taught them how to catch eels, then taught them something far more valuable:

For it would save every one of their lives.  April was corn-planting month in New England, as well as Virginia.  Squanto showed the Pilgrims how to plant corn in the Indian way, hoeing six-foot squares in toward the center, putting down four or five kernels, and then fertilizing the corn with fish.  At that, the Pilgrims just shook their heads; in four months they had caught exactly one cod.  No matter, said Squanto cheerfully; in four days the creeks would be overflowing with fish. . . . Squanto helped in a thousand similar ways, teaching them how to stalk deer, plant pumpkins among the corn, refine maple syrup from maple trees, discern which herbs were good to eat and good for medicine, and find the best berries (Marshall & Manuel, 1977).

The agricultural knowledge of Squanto was critical to the Pilgrim’s survival.  Some have wondered what that knowledge would have developed into today had it not been for other factors in history.  But the point remains that the body of knowledge that allows humans to produce food is indispensible to our livelihoods.  Since Thanksgiving tradition centers around the bountiful meal, I thought it fitting to take a minute to think about how that food is produced and brought to market.  How long the supply chains are, possible customs or tariffs involved, what the farmer has to do just to break even or turn a profit on that crop or livestock?  Buying local is great, but producing and preserving your own food is tough to beat.  And if you think about it, the benefits to reduce the pressure on the small percentage of American farmers who produce all that food for our nation as well as other parts of the world is considerable.  More on that in later blogs, back to Thanksgiving history.

The Pilgrims were brimming over with gratitude—not only to Squanto and the Wampanoags who had been so friendly, but to their God.  In Him they had trusted, and He had honored their obedience beyond their dreams.  So, Governor Bradford declared a day of public Thanksgiving, to be held in October (Marshall & Manuel, 1977). 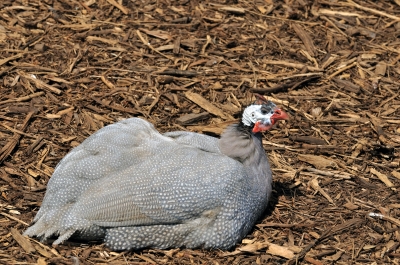 And so the first Thanksgiving was a joint feast with the Pilgrims and their new found Native American friends led by Sachem Massasoit—who brought turkeys and venison.  In November 1621, just before the onset of winter a ship dropped anchor letting off thirty-five additional settlers who did not bring any food, tools or extra clothes.  The joyous reunion was cut short.

Thus, they did enter their own starving time that winter of 1621-22 (with all the extra people to feed and shelter), and were ultimately reduced to a daily ration of five kernels of corn a piece.  (Five kernels of corn—it is almost inconceivable how life could be supported on this.)  But as always, they had a choice: either to give into bitterness and despair or to go deeper into Christ.  They chose Christ, and in contrast to what happened at Jamestown, not one of them died of starvation” (Marshall & Manuel, 1977). 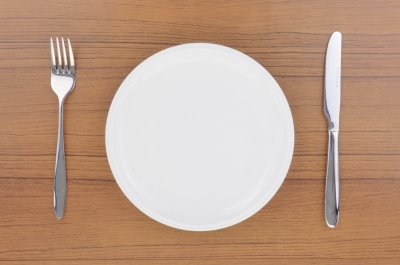 In spite of one more close call with a near weather disaster during the planting and harvesting season, the Pilgrims experienced a bountiful harvest the following summer of 1622.  So great was their food surplus that they were able to trade with other northern tribes who had not reaped such an abundance.  And so came the second Thanksgiving feast with Sachem Massasoit and company—who again brought turkeys and venison.  It really makes me wonder why venison did not catch on.

There was one twist to the second Thanksgiving regarding the first course that was served: “on an empty plate in front of each person were five kernels of corn . . . lest anyone should forget” (Marshall & Manuel, 1977).

What is Thanksgiving?  It is a feast, yes.  It is American history, that is true.  But it is the realization that Providence is enough.  Thanksgiving is remembering the overabundance of  things for which we give thanks, but it is also remembering the times in which we had little, and being thankful anyway.

Post-Script: Some critics of Peter Marshall have taken exception to his lack of pedigree for historical studies while juxtaposing that criticism next to the fact that he is a Reverend.  I personally do not put stock in the thrust of this book.  I love America dearly, but I do not see her as a “New Israel” (Here are two randomly chosen different views on that subject).   Nor am I concerned on whether the Puritan Pilgrims believed that or not, rather I am focusing in on “the starving time“, the tradition of the 5 kernels of corn, and Thanksgiving history as told through the early Pilgrim settlers on Plymouth Rock captured so well in chapter six of this book.