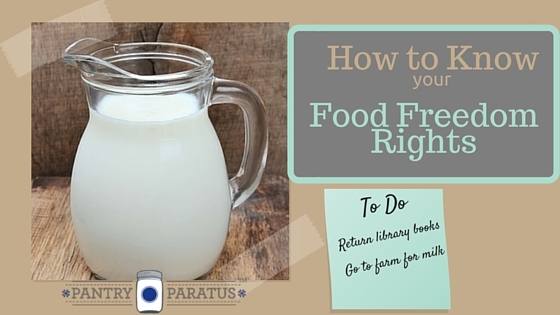 Even if living in a food freedom state that permits raw milk sales, know your rights.  Sometimes this has less to do with the law, and more to do with the personalities or preferences of people with titles and badges.

Perhaps police officers, who likely deal more with real crime, simply did not know about the food freedom laws and trust the inspectors to know it.

What would you do if inspectors or police officers question you?  Who do you call?

For our family, we are members of the Farm to Consumer Legal Defense Fund.  These are the good guys on speed dial for farmers and homesteaders, for raw milk and grass-fed food consumers all across our nation.  Just in case.

Judith McGeary, Executive Director at Farm and Ranch Freedom Alliance, was recently telling me about two different situations in Texas where people obeying the law were treated like criminals.  “This is so difficult to understand, so infuriating,” she said, “that they could be treated this way even when they actually went further than the law.”

She was referring to some very recent situations in Texas where on-farm raw milk sales are perfectly legal.  Because the farm is so far away from Southwest Austin, many families that purchase from that farm decided to pool together to have their milk brought in from the farm.  Why should everyone drive out there every single week?  They contacted the Health Department  in 2013 with this question:  “Please give me, in writing, what the state law says that inhibits me from hosting a pickup site for customers that have already purchased at the farm.”

The letter in response was very clear and very helpful.  As long as the farm is not transporting milk, and as long everyone is purchasing the milk directly from the farmer, there is no law stating someone else cannot remove it from the farm or deliver it.

That settles it.  Right?

During the last week of May, no one was more surprised to be accosted by 4 inspectors and 2 police officers at the milk drop site than the members of this particular co-op, who did their due diligence to ensure they were following the law.

There was no law stating that the woman had to show her driver’s license to the inspector, though he demanded it and began taking pictures of her car (with children inside) until she relented in tears.  It was a bully tactic.  It was also outside his purview as an inspector.

The inspectors refused to let the people take the milk.  The inspectors didn’t dump it, but demanded the driver to take it back to the farm.  Did they have the right to make that demand?

The driver fulfilled his legal contract to deliver the milk, the farm filled the milk orders and couldn’t accept the milk back (it has been purchased and removed from the farm), and the people had paid for their milk in advance and their legal purchase was withheld from them.  So they didn’t get what they paid for. 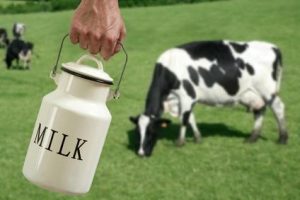 In July, some police officers were called off of a domestic violence call so that they could intervene on another raw milk case.  Yet again, those purchasing the raw milk did so completely under legal authority.  It’s just that the State Health Department doesn’t like the law the way it is written, and is choosing to enforce their own wishes over written law.   Judith says that this harassment of both the consumers and the farmers is unjustified and outside the bounds of law.

They Pick & Choose How they Implement the Laws

Have you ever seen a car delivering pizza to a neighbor? No oven in the car, is there?  They are using thermal bags to transport it, right?   Have you—or someone you know ever ordered a food item online—to be delivered by a mail carrier?  I know that there are mail-order steak companies! Do inspectors stop mail carriers to inspect their packages for food items that may or may not be held to proper temperatures?

Do inspectors wait at the curb for the pizza guy, thermometer in hand?

Keep these things in mind, so that in the moment you don’t acquiesce to the bully tactics and pressures you face.  Remember that if you are following the law, they must answer for their interventions.

How to Know Your Rights

Since your rights as a food consumer vary by state, I cannot give you a complete list right here.  Gosh, I wish I could, and just clear up this confusion.  We could also be talking about a wide variety of foods and situations: farmer’s markets, on farm sales, or roadside stands…milk, eggs, or a u-pick fruit farm. 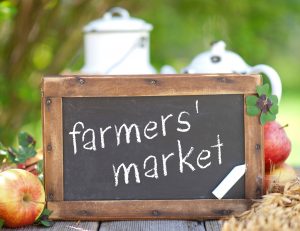 It’s obvious that, at least in the state of Texas, the State Health Department is playing by their own rules anyway.  I daresay this is true in several other places as well, as proven out by the many food freedom court cases that Farm to Consumer Legal Defense Fund champions on the behalf of all consumers everywhere.

These are the Food Freedom Basics: 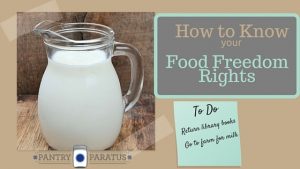