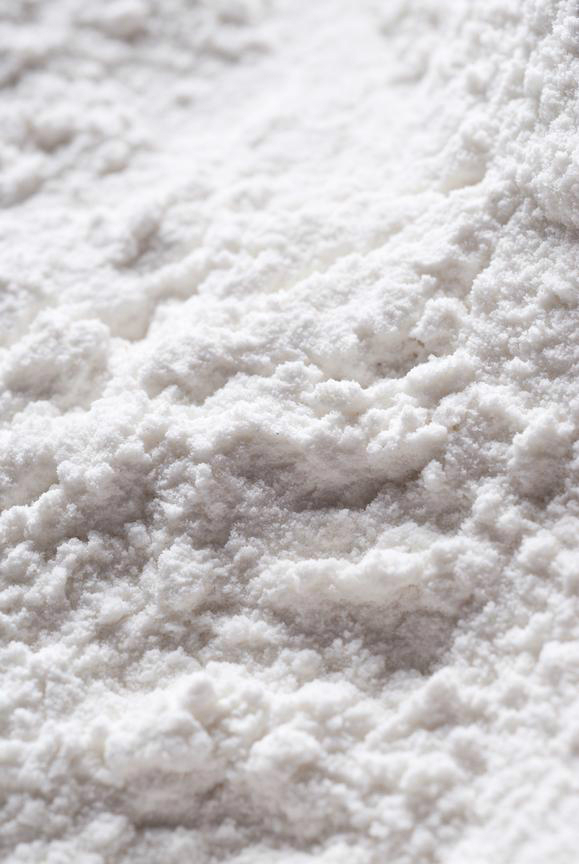 What is Baking Powder? How do we get it and what does it really do?

Leaven comes from the Latin word Levare to raise (M-W, 2012) and all that makes great sense, but how did Eben Horsford help?  Horsford was a chemist and he knew that carbonates release carbon dioxide when they come in contact with an acid, any acid: sour milk, vinegar or even hydrochloric acid (which is not recommended).  Horsford was out to find a yeast replacement that was more stable acid that could be shipped with the baking soda (sodium bicarbonate).

After years of experimenting with hundreds of acid sources in Cambridge and Germany, Horsford found that by saturating animal bones from nearby slaughterhouses in sulfuric acid, he could manufacture a crude form of monocalcium phosphate that could be dried into a powder and mixed with sodium bicarbonate to create a dry chemical leavening that fizzed when wet (Ettlinger, 2007).

“After 1854, his main preoccupation was to discover a substitute for yeast in baking bread. At the same time, Horsford entered into a business partnership with George Wilson, a former textile manufacturer, to establish the Rumford Chemical Works” (American Chemical Society, 2007).  Eventually, Monocalcium Phosphate was the acid of choice and is still used to this day, although manufactured differently—just check out the Frontier’s ingredient list on this baking powder.

The story of the Rumford® is interesting:

The 1885 discovery of a sodium acid phosphate that gave off gas in response to heat, not water, led to its inclusion in the mix for a “secondary action”—the action that gave us the term “double acting.”  Now, when Horsford mixed it with sodium bicarbonate, he had the first phosphate-based, stable, reliable, affordable baking powder, which he packaged as Rumford®, in honor of the great count, whose beribboned, ponytailed cameo still graces the label on cans today. . . . Rumford [sic] has the oldest consumer product label found in grocery stores, dating back to the 1860’s (Ettlinger, 2007).

Wow, that is quite a history for something you probably never gave much thought to as it was added to your buttermilk biscuits.

How do we get this great stuff of baker’s convenience?  Rocks.  Yep, it is mined from the earth.  Starting off deep under Green River, Wyoming, Sodium Bicarbonate starts off as being extracted as a raw mineral called “trona” and it will produce sodium carbonate (later one more carbon atom is added to make bicarbonate).  As for the Monocalcium part one needs lime, a lot of it in the food grade form—it also is mined.  Lastly comes the Phosphate of Monocalcium Phosphate and it too is mined out West by mining companies such as Monsanto around Soda Springs, Idaho.  The refining process is something of a wonder, and although you can find low concentrations of Phosphoric acid in a Coca-Cola® or high concentrations in naval jelly (rust stripper), phosphorus acid in its pure form will catch on fire if it contacts with oxygen—extreme care must be taken to transport it.  Frontier’s Brand (which we sell in bulk) adds non-GMO cornstarch to prevent caking and you have something that we eat that (chemically) lies between glass and tracer bullets.

Steve Ettlinger in his fascinating book, Twinkie, Deconstructed takes you to all the places where those items are mined from the earth and then onto the southside of Chicago to a company like Innophos where they are all reacted and assembled to produce baking powder.  What is interesting is that the applications for any one of those chemicals may be anything from Roundup®, to anti-acid tablets, to meth, to concrete, to paint or even paper—but the application that we are investigating is the stuff that makes a low-protein flour rise so well into birthday cake.

The next time you pull out that mason jar of baking powder from the cupboard,  think of the history behind such an unassuming ingredient.  While you are at it,  make a Baking Certificate from Clabber Girl® (parent company to Rumford®) for any little helper in the kitchen there to do any on-the-spot taste testing.